The Friends of H.O.P.E

For over 20 years, The Friends of H.O.P.E have worked hard to tackle the high rates of poverty and disease among the native peoples of the Nilgiri Hills in India. With a focus on organic farming, traditional healthcare, education and environmental protection, the organisation guides the community to create a sustainable livelihood for generations to come.

The Onaway Trust is a principal and long-standing supporter of this cause, which strives to improve the lives of local poor and indigenous peoples and offer them a more hopeful future.

Keep reading to find out more about their inspiring work and how you can help.

The Friends of H.O.P.E is a UK-based organisation working tirelessly to improve the quality of life and future prospects of the many poor and vulnerable people of the Nilgiri Hills through the delivery of a range of projects focused in the areas of sustainability, farming, healthcare, and education.

This inspiring organisation was born of the dedication and compassion of a single individual, Vanya Orr, who was shocked by the level of poverty and suffering she found among the native population when visiting the region in 1994. Unable to stand by while witnessing such hardship, Vanya returned to India a year later to help empower the local people to find their way out of the cycle of poverty and ill health through the creation of long-term, sustainable livelihoods and community networks.

Within five years, Vanya and the local people had established a number of positive and impactful initiatives including village support and self-help groups, covering topics from health and nutrition to childcare, and an organic herb garden for the community to grow native medicinal plants. In addition to the positive impact this had on the local people themselves, this project demonstrated the power of organic and biodynamic farming in restoring unhealthy, degraded and polluted soils back to productive and fertile land. 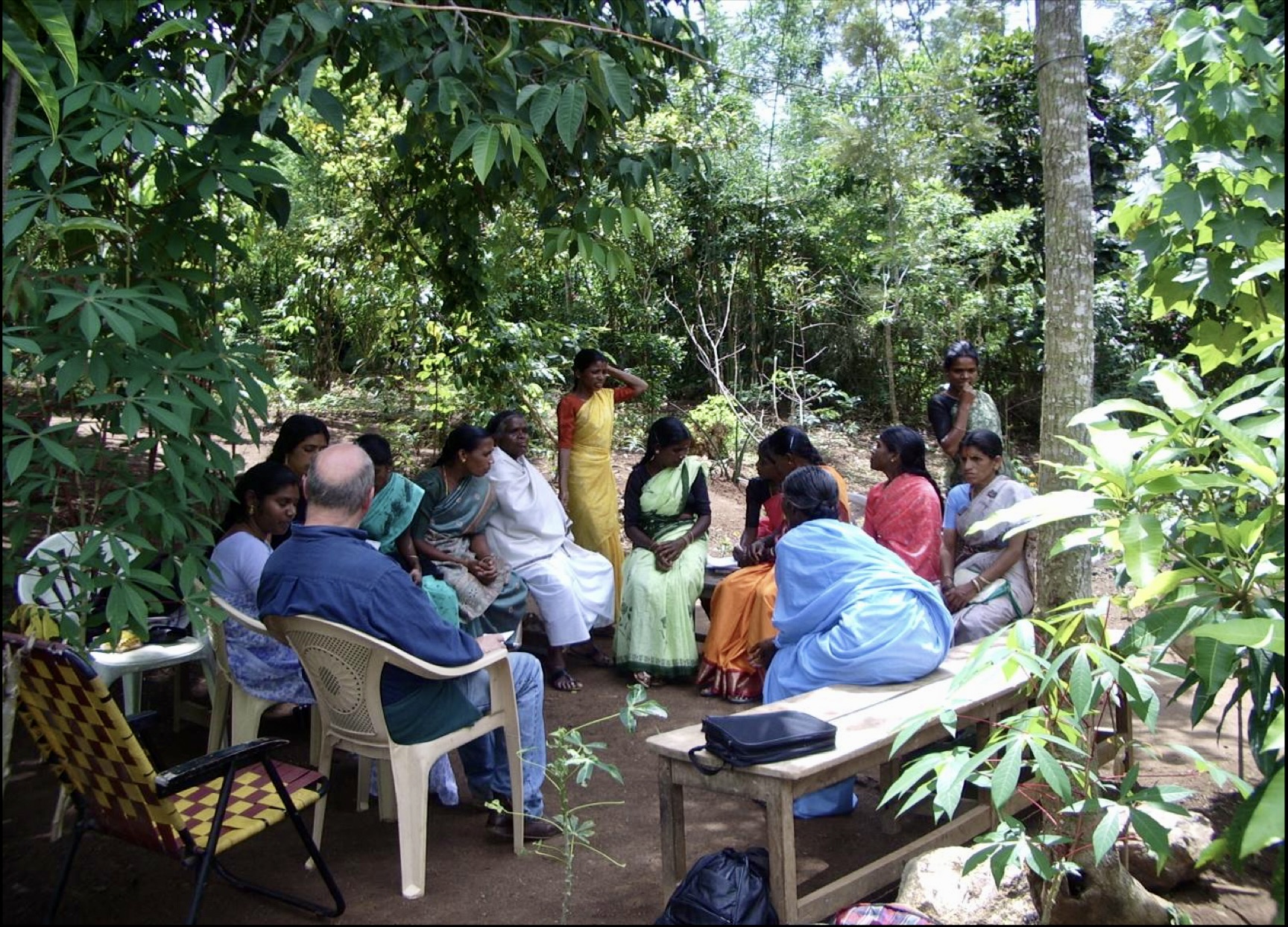 The Nilgiri Hills is a 2,500 km2 district located in the state of Tamil Nadu in southwestern India. At over 7,000 feet above sea level, the cooler and wetter climate makes the area perfectly suited to tea production, with agriculture forming the region’s main industry and employing around 84,000 farmers. Farming also accounts for 14% of the country’s GDP, despite some 86% of all farmers in India occupying only small or marginal plots, many of less than 5 acres.

The area’s multiple indigenous groups also rely heavily on this natural environment, many coming from farming and hunter-gatherer tribes, such as the Badegas, Kurumbas and Irullas, who possess extensive and sacred knowledge of traditional healthcare and locally-sourced herbal medicines dating back millennia.

However, although the geography and climate of the region make it well-suited to farming, poor agricultural practices, combined with the pressures of climate change, poverty and disease, have taken their toll on the land and the people, and local poor and tribal farmers now increasingly struggle to make ends meet. Use of chemical fertilisers, herbicides and pesticides has led to land degradation and pollution of both soils and water. The undeniable increase in diseases such as cancer among the population are very likely to be as a result of consuming water and locally-grown vegetables contaminated with dangerously high levels of these chemicals.

The people of the Nilgiris are witnessing the breakdown of the ecosystem with their own eyes. Loss of topsoil, plantations of invasive and non-native tree species and the destruction of large swathes of forest and ancient grassland has reduced the natural water retention of the land. Crops are failing due to droughts and extreme weather, leading to poor and marginal farmers losing their income and driving them further into debt and despair. Given this situation, it is tragic but unsurprising that a farmer commits suicide every 30 minutes in India.

To make matters worse, in 2020 the local people not only had to deal with the damage left by tropical cyclones, but they were also badly impacted by the COVID-19 pandemic. The Onaway Trust provided a grant of £10,000 to assist farmers who were unable to take their produce to market during lockdowns, with many crops left to spoil in the fields and farmers and agricultural labourers left without work, an income, or even enough food to eat.

The extra pressures caused by this situation contributed to a rise in the prevalence of severe anaemia and diabetes as well as a 43% increase in cases of domestic abuse. The HIV community were unable to access essential medication, and group therapy sessions were postponed for much of the last two years, causing additional emotional distress. 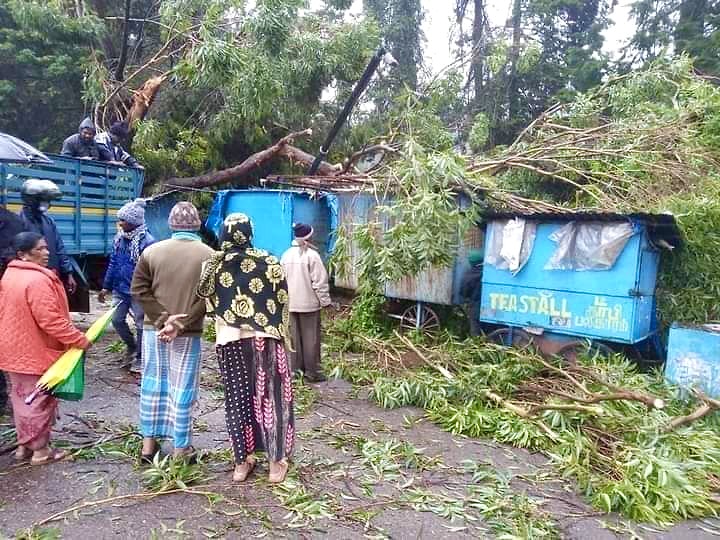 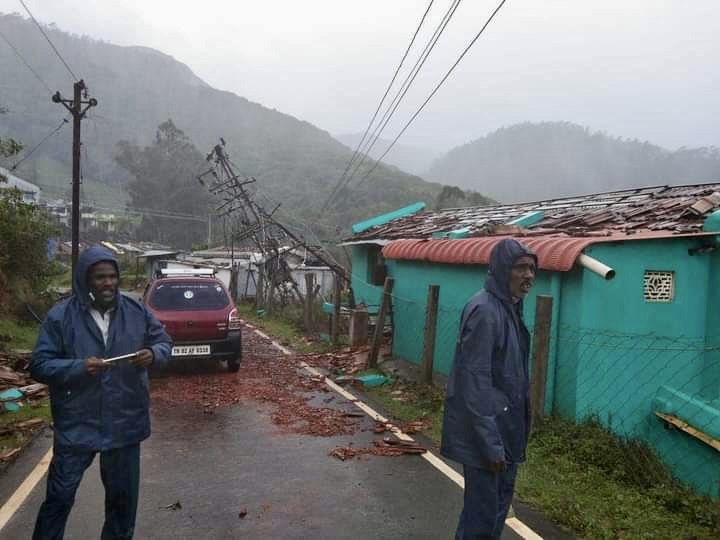 The Friends of H.O.P.E run a wide range of programmes to help tackle these issues and more, empowering the local people to take charge and find sustainable solutions for themselves and their environment. Organic and biodynamic farming is a key focus for the organisation, who have found that growing in this way is not only far better for the environment, improving the quality of soil and water, but it in turn ensures that vegetables are more nutritious and safe for consumption, thus improving the health and wellbeing of the community. In addition, growing crops in this way significantly improves yield, putting more profits in the hands of local farmers and creating greater economic security and independence in the long term.

Over the years, the Onaway Trust has made frequent donations to help fund the creation and maintenance of a model nursery farm to train local people in organic and biodynamic farming methodologies, as well as funding training programmes and technical support which have benefitted over 400 farmers in the last year, including many tribal growers. Around 4,500 growers are now transitioning to organic farming and the organisation has agreed a 5-year organic roadmap with the Department of Horticulture and the Collector. 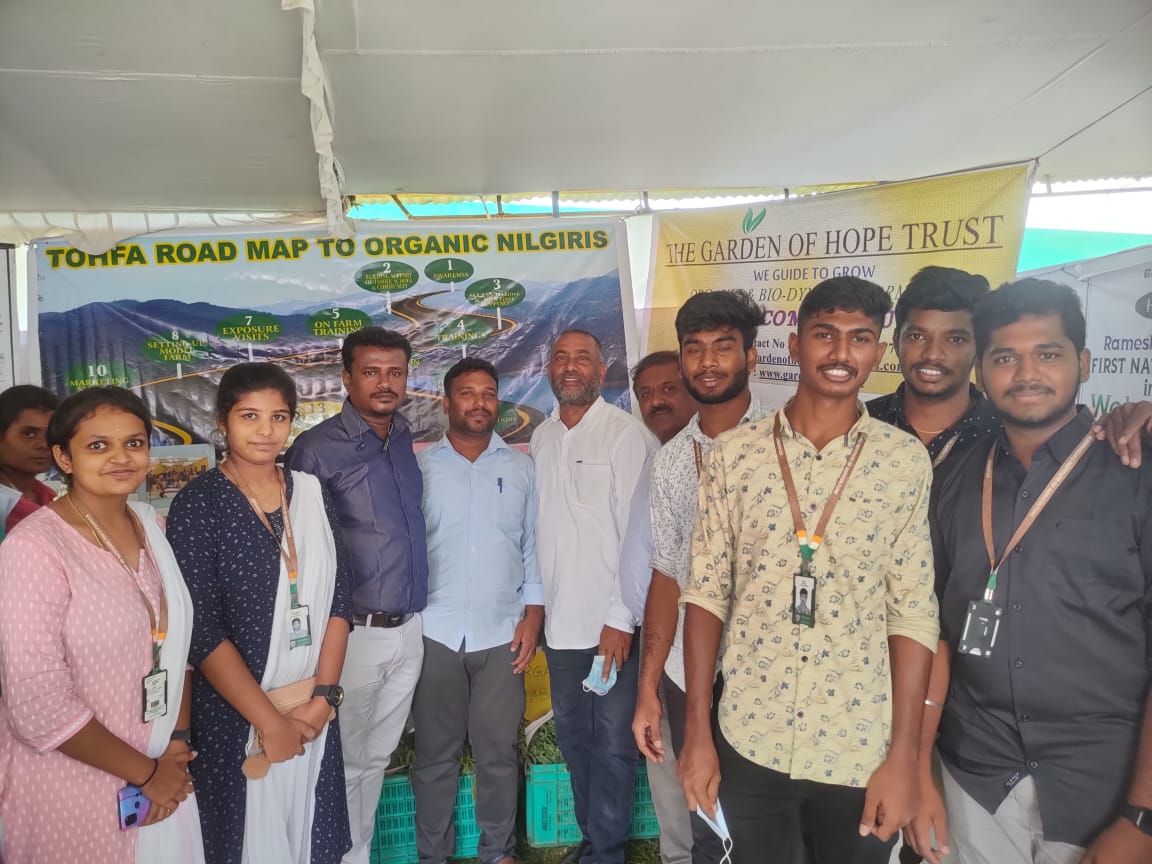 The Friends of H.O.P.E have also established an eco club network for 800 poor and tribal children attending 16 of the poorest government schools, allowing the next generation to learn about conservation and biodiversity while getting hands-on experience in medicinal plant uses and organic vegetable gardens. The children have been able to grow enormous 5.7kg cauliflowers in only 100 days without the use of any chemicals and have also created their own small enterprises, such as building a plastic bottle greenhouse and selling vermicompost.

Through their Rejuvenation of Traditional Tribal Medical Practices project, the Friends of H.O.P.E empowers and encourages local indigenous people and traditional healers to employ their extensive wisdom and knowledge of medicinal plants, ancient Siddha herbal medicines and Ayurveda in the delivery of community-based, frontline healthcare services. Fifteen local women have already been trained to deliver healthcare to 60 remote tribal villages, benefitting around 7,300 people and 1,400 families.

As a region home to many families torn apart by the devastating effects of HIV, the organisation also plays a vital role in educating locals about this disease, while providing screening, treatment and support to those affected. With 60% of households in the area facing healthcare debts, such initiatives, combined with the charity’s nutrition, hygiene, chronic illness, and childcare programmes, make an invaluable difference to the wellbeing and long-term prosperity of the community. 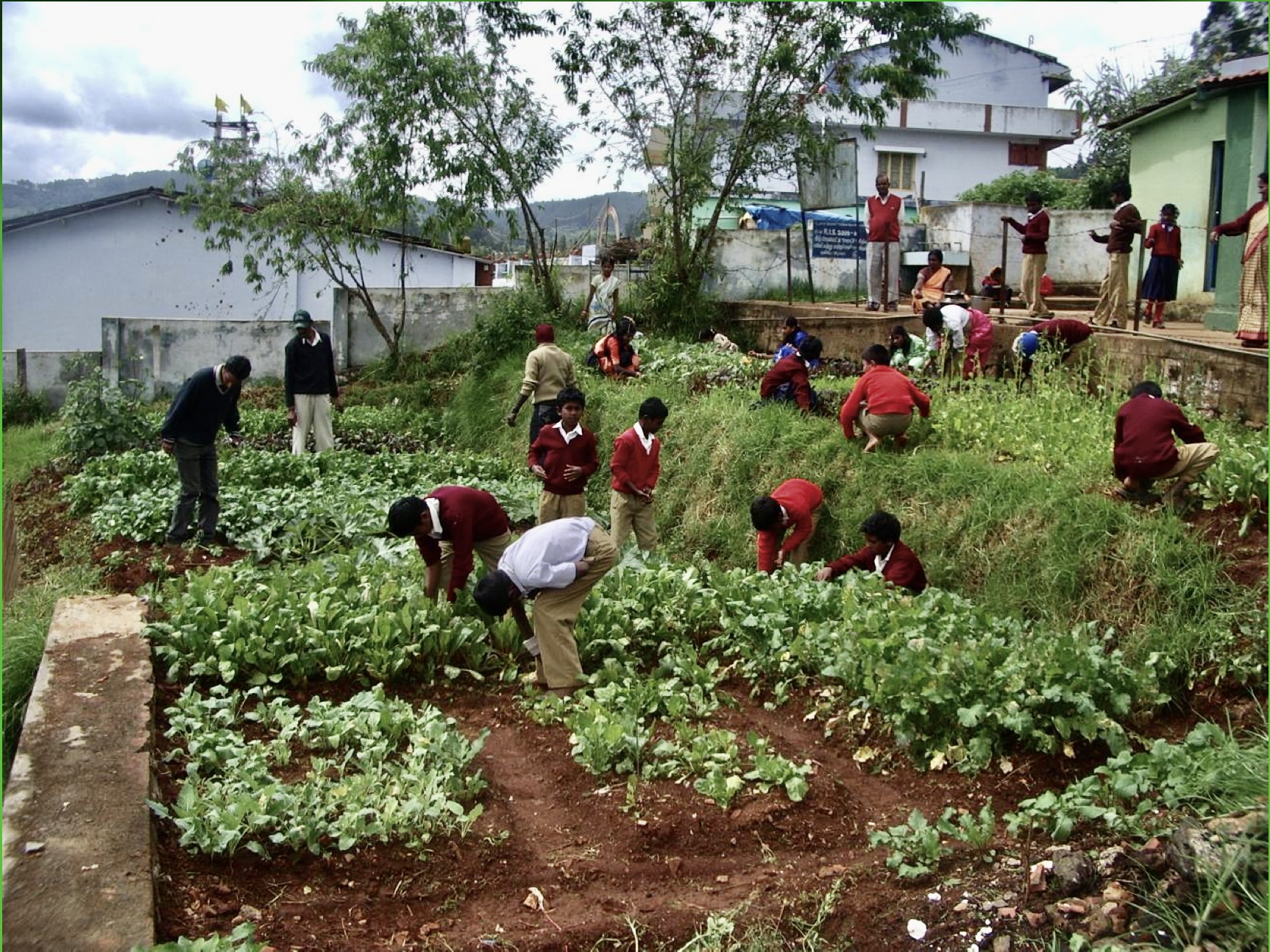 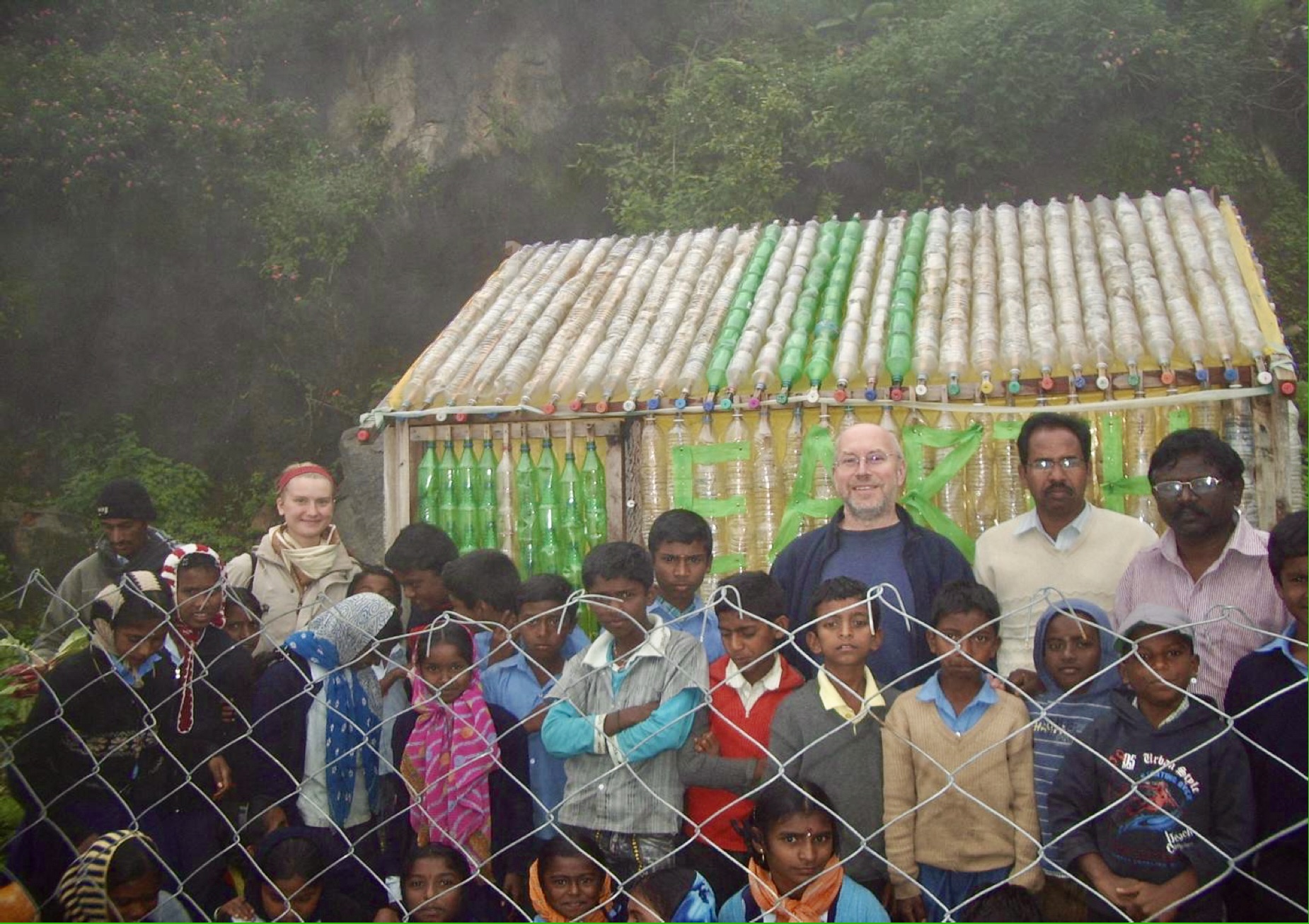 Alongside these programmes, the organisation hopes to amplify its impact through the creation of a regional organic policy and further investment in organic awareness programmes and training, such as visual aids and educational materials for budding organic farmers, online technical support, and assistance with the creation of farmer producer organisations for the marketing of crops.

The Onaway Trust looks forward to continuing this close partnership and is proud to support The Friends of H.O.P.E in its mission to demonstrate the powerful impacts of organic farming, environmental conservation, education, empowering self-help initiatives, and community-led healthcare networks on the wellbeing and prosperity of vulnerable and indigenous people. 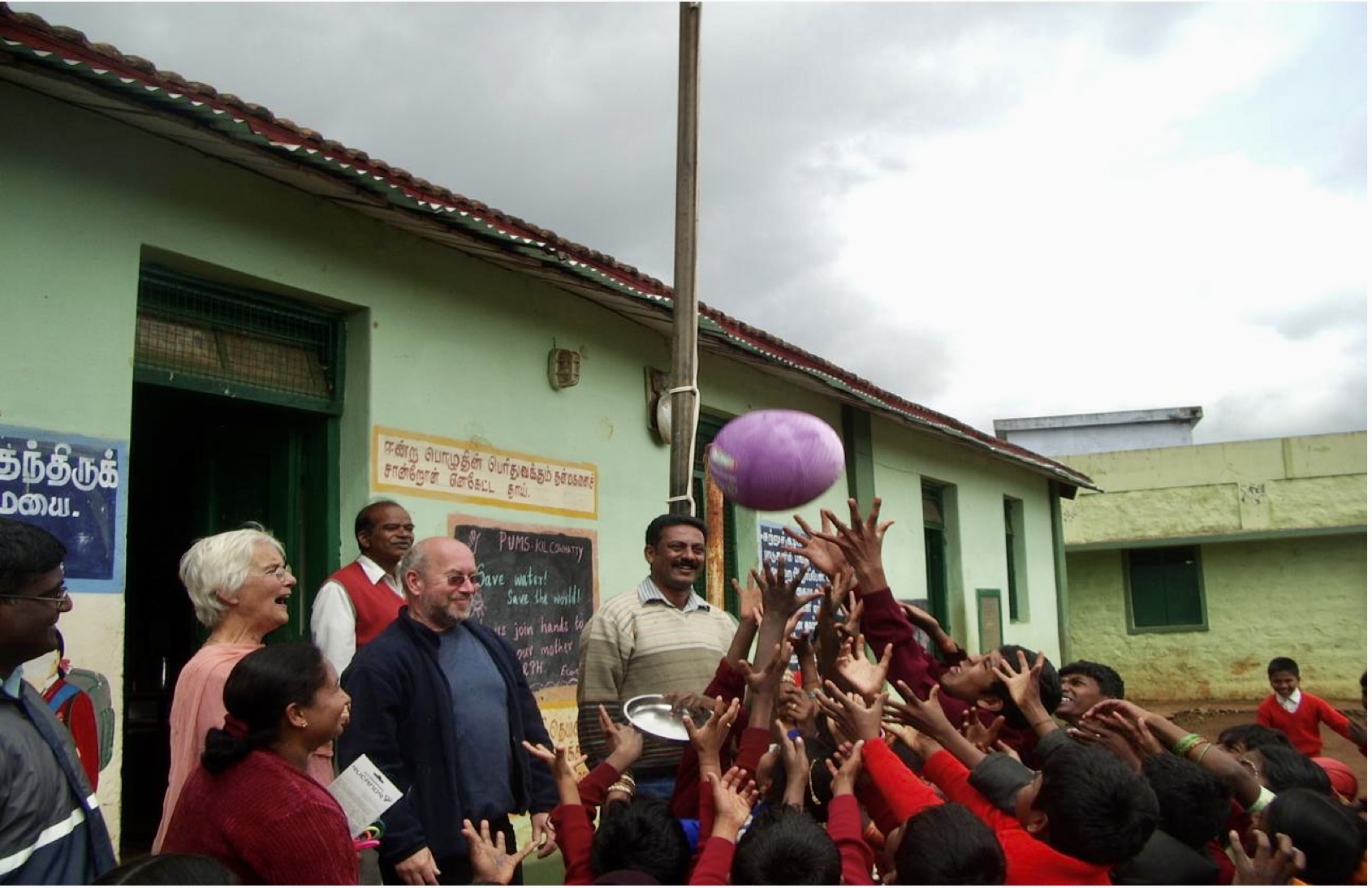 To find out more or to donate, please follow the link below.

The Friends of H.O.P.E

The Friends of H.O.P.E runs a wide range of programmes in organic and biodynamic farming, healthcare, nutrition and education to improve the lives of the poor and Indigenous people of the Nilgiri Hills in India.